Kosuke Kimura combines the vocabulary of traditional Japanese painting and printmaking with photographic techniques from contemporary commercial graphics. Layering visual information, he attempts to approximate the complexities of modern life and within it the umbilical cord of traditional values. During the late 1950s, Kimura studied printmaking at the Kyoto City University of the Arts. After graduating, he became a graphic designer, and that experience led him to challenge his ideas about making prints as contemporary art. Initially controversial in Japan, his work was well received internationally. Eventually his work became popular and celebrated. He holds a professorship at Kyoto Institute of Technology, and was named its 9th president in 1998. 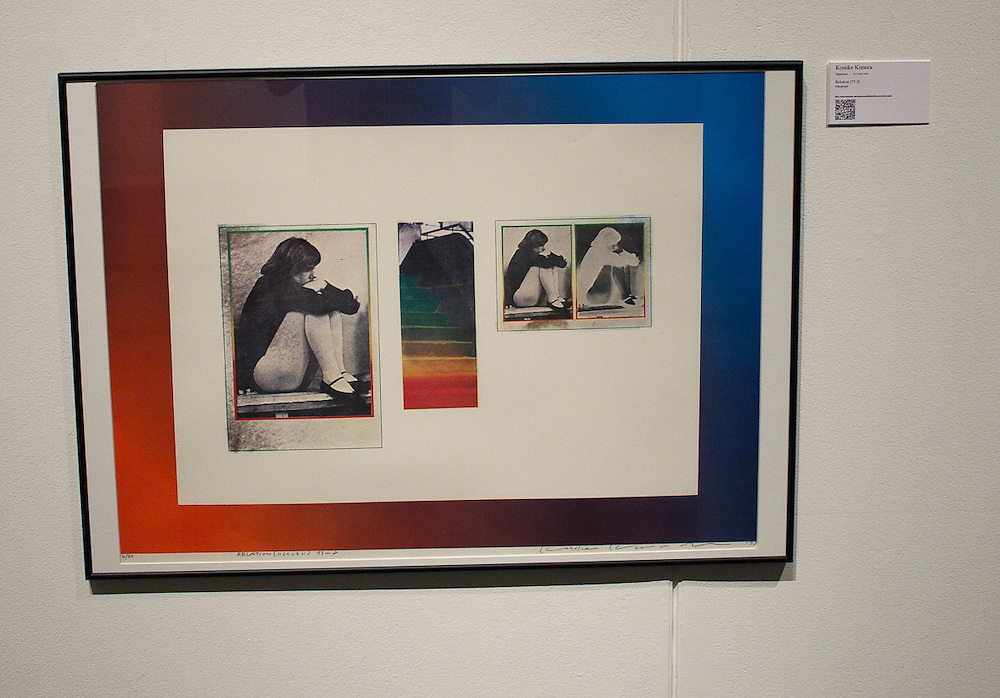