Beginning his career as a social realist painter influenced by the Mexican muralists, Phillip Guston achieved fame in the 1950s as an abstract expressionist along with his high school chum Jackson Pollock. However, abstraction was an uncomfortable fit for Guston. His lyrical paintings of the period consisted of thickly painted, irregular accretions of hovering white, gray, red and brown that seem to struggle toward becoming recognizable forms.
In the mid-1960s he withdrew from the art scene, and reemerged in 1967 with stage set images populated with clunky characters and props. Light bulbs, shoes, books, cigars, disembodied limbs and eyes and hooded Klansmen regularly occupied his rooms. The first show of this work elicited howls of scorn and withering ridicule from critics who had been great supporters of his abstraction.
Guston taught at Skowhegan in 1947. When scholarship committee asked him for a print in 1970, perhaps they hoped for one of the popular abstract works to help sell the portfolio. Instead, he contributed “The Street,” one of his first prints in the new and abhorred style. Now, Guston’s late work is greatly appreciated, highly sought and overshadows regard for his still admired abstract expressionist painting. 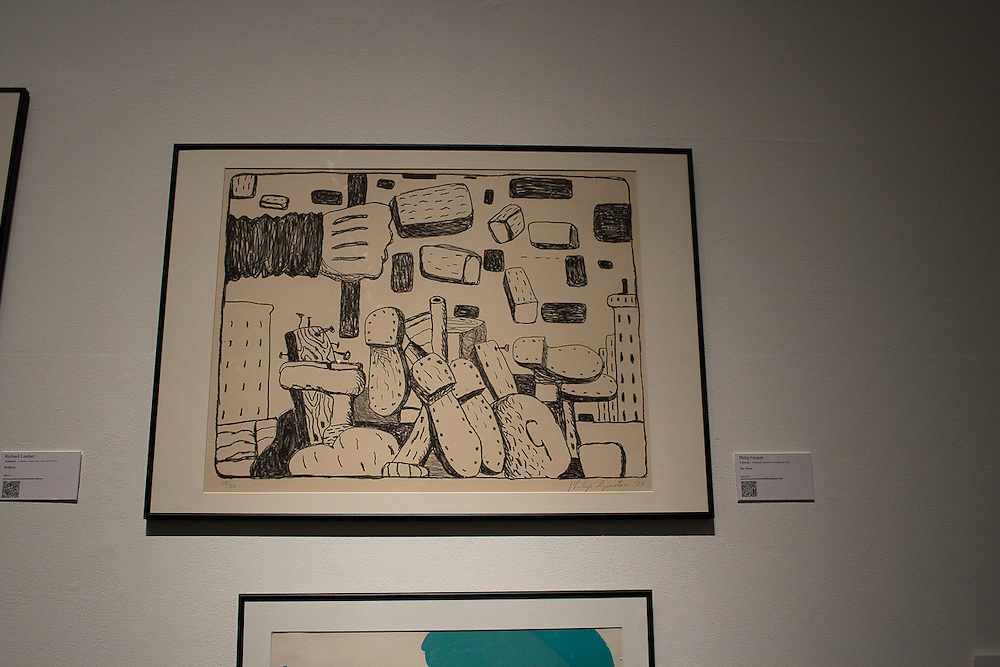