Taking the title from Shirley Jackson's 1962 novel, this installation of sculpture and sound is based on a combination of Jackson's narrative and Phillips own experience returning home after many years away. Some materials are objects from her childhood home and others are from the local area. The Iron Maiden sculpture is made from a plant called Arkansas Toothpick found in Shelby Farms. The soundtrack is composed from pieces recorded in Memphis in 2012-2013. The work addresses isolation, family relationships, histories and secrets, and the ties that bind. 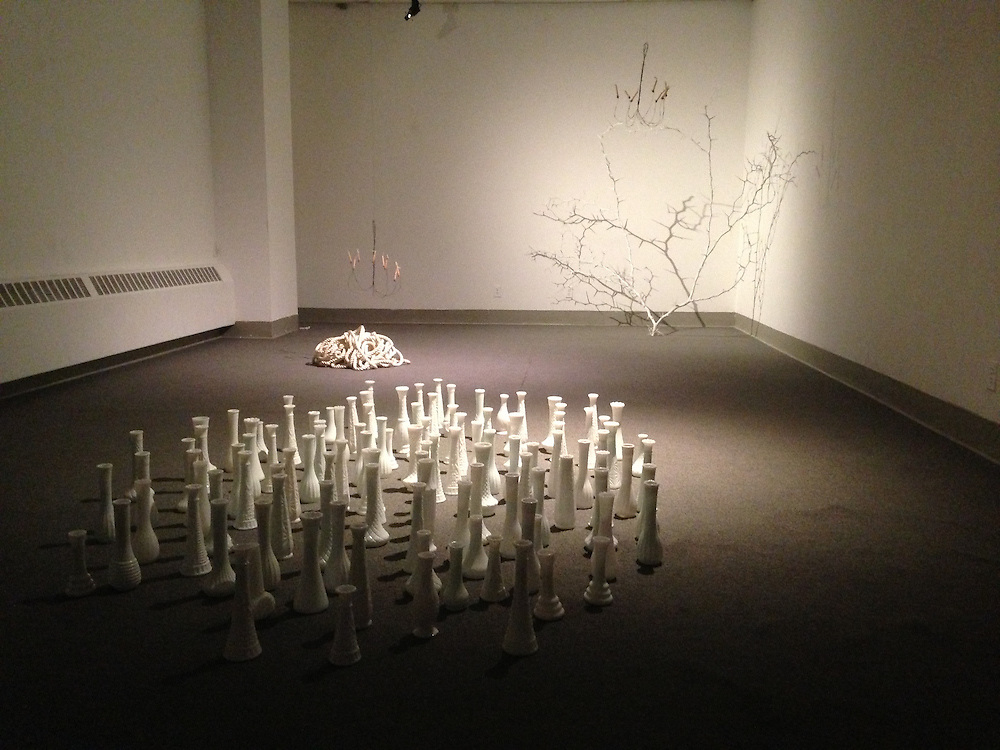