Alex Paulus "Does this Face Make My Shirt Look Good?" Oil and acrylic on Canvas 60” x 48” 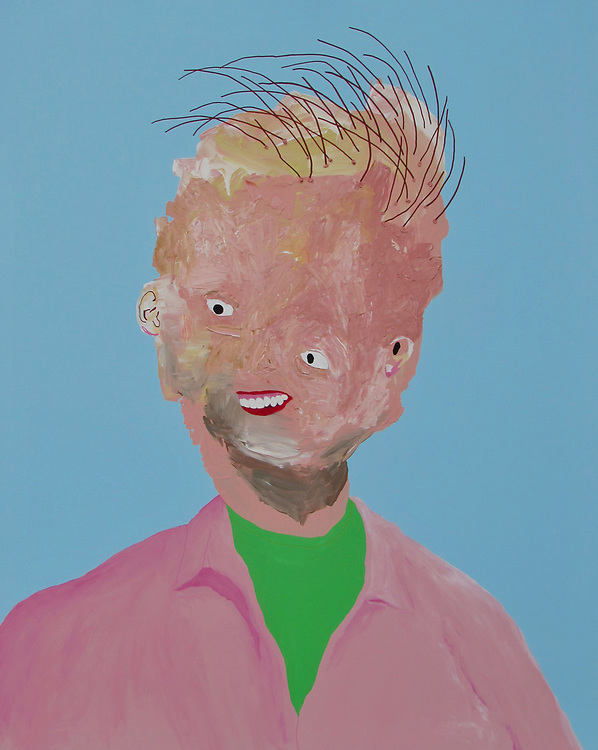