Alberto Biasi studied industrial design in the late 1950s at the same time that he was beginning his career as an artist. This combination of interests determined his development as a leader of the Op Art and kinetic art (arte programmata) movements in Italy and beyond. In 1959 he founded Gruppo N with several other artists. The group’s studio in Padua became a magnet for experimental art, music and poetry until it dissolved in 1969. Gruppo N was featured in the Venice Biennale of 1964. After 1969, Biasi pursued his investigations concerning visual effects achieved by overlaid shifting geometric images with the goal of direct dialogue with the viewer. This intention is represented in “Io Sono,” a photograph of the artist holding a lenticular screen printed on an opaque surface is covered by a slightly off-register image on acetate. Biasi’s work has been shown in retrospective exhibitions worldwide and been included in over 450 international exhibitions. 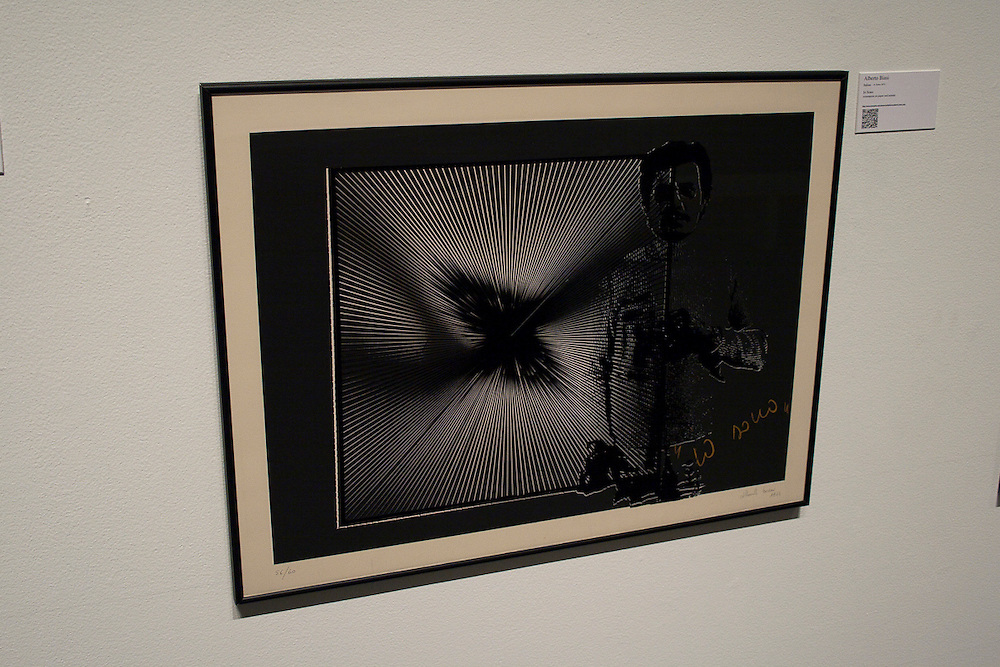