Mark di Suvero, one of the most important sculptors of his generation, pioneered the use of a crane to assemble steel beams and rigging and other construction materials into giant kinetic abstract expressionist works. With a strong sense of social justice, di Suvero has always been active in efforts to develop opportunities for young artists and more generally to improve the human condition. After college in California, di Suvero moved to New York in 1957, where he involved himself with the activist artists groups and with Artist & Writers Protest. Di Suvero’s lithograph is not intended to be art, but pure, activist rhetoric. His anti-Vietnam efforts did not begin or end with this portfolio. In 1966, he had participated with a group of Los Angeles artists to construct the Peace Tower as part of a city-wide protest. In 1971, he exiled himself from the United States until the end of the war. 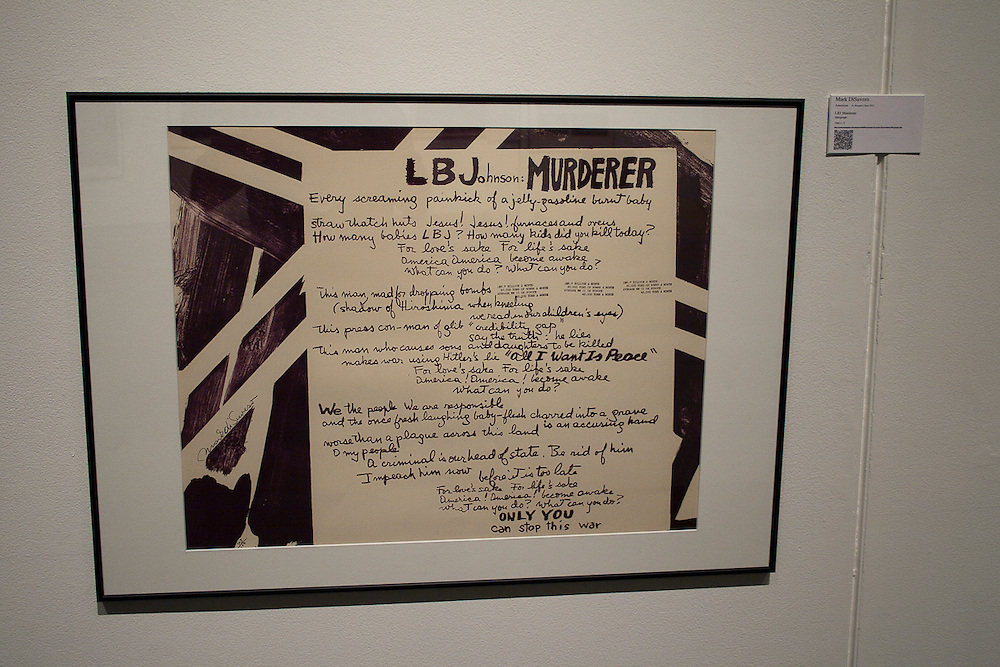