Getulio Alviani, became involved with experiments in visual perception and psychology while still in his late teens. Collaborating with industrial designers during 1959 and 1960, he created polished aluminum surfaces that appeared to be in a state of constant vibration. This work attracted international attention, and he began participating with artists pursuing similar investigations, including Alberto Biasi, Gerhard Richter, and Francois Morellet in the Paris studio of Groupe de Recherche d’Art Visuelle. In the 1960s, Alviani created installations for the Venice Biennale and Documenta, and was included in MoMA’s “The Responsive Eye,” one of the earliest and most significant exhibitions of Op and Kinetic art. In the 1970s he became director of the Jesus Soto Museum of Modern Art in Ciudad Bolivar, Venezuela. Throughout the subsequent decades he has continued a schedule of constant international exhibitions in major international museums and biennials. “Chromia Spettrologica” belongs to one of his most admired series, in which he investigated primary color interactions. 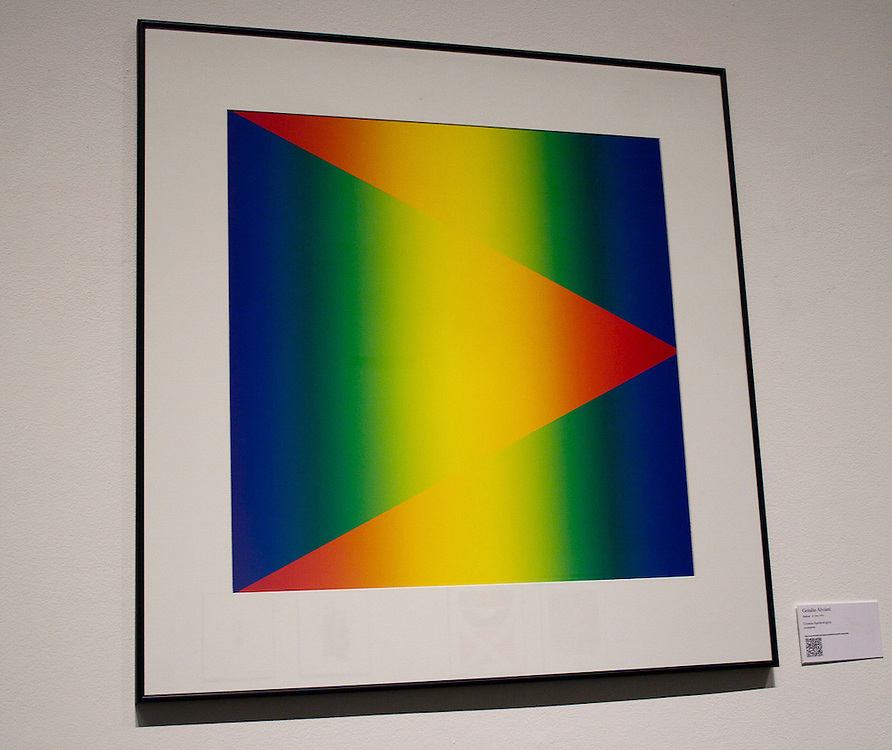