[This is Leiya's dad, writing on behalf of Leiya, who is 3 years old] Leiya was born in China in 2011, the year of the rabbit. She lived in a Social Welfare Institute in the small city of Yugan, in Jiangxi Province. She was adopted by us two months before her first birthday. Because she was so young, she has nothing other than a few articles of baby clothes that were truly hers before she became part of our family. It is important to us to foster Leiya's appreciation of China's great culture. We celebrate Chinese New Year, enjoy traditional Chinese music, and Leiya is proud of learning to use chopsticks. The rabbit figurine that Leiya is submitting was made in China and appears to have been hand-painted. We bought it for Leiya in a souvenir shop at the Summer Palace in Beijing, just a few days before we met her for the first time. It is likely made for tourists, as it appears to us to be (and we use it as) a Christmas ornament. Leiya helped me choose it to submit for this show. It is a perfect object for Leiya to submit to this exhibition because it is not only the animal of her birth year, but also is colorful and cheerful, just like Leiya. Leiya pointed out this morning that she was a bunny for Halloween. 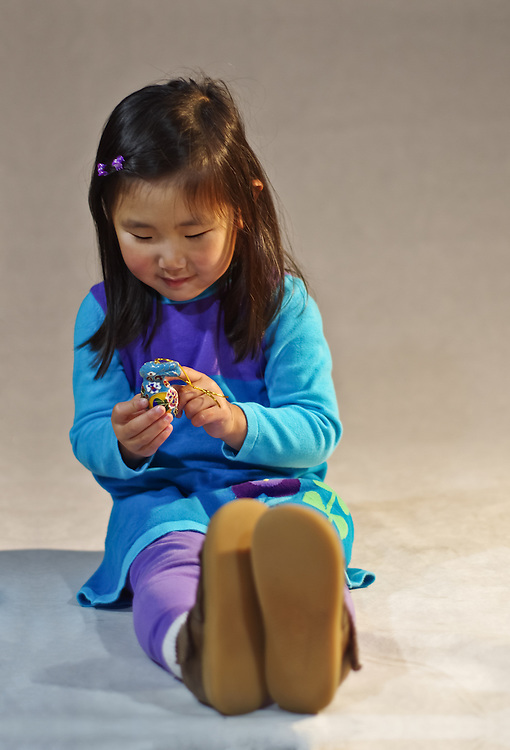