Op art plays with visual perception. Focus on this piece, and soon the dots will dance. Come close and you see that the dots are firmly tethered in a complicated grid. The diagonal orientation of the oval dots determines the trajectory of their movement or more accurately the position of their after-images that generate the illusion of movement. During the late 1950s and the 1960s, Larry Poons adopted the edge-to-edge and decentralized composition of Jackson Pollock and other AbEx artists, but like Ad Reinhardt and the branch of AbEx named color field, he rejected expressive gesture. However, unlike color field painters, he was not interested in reaching primal truths or creating a zone of contemplation. He wanted to generate a heightened awareness of visual sensation. 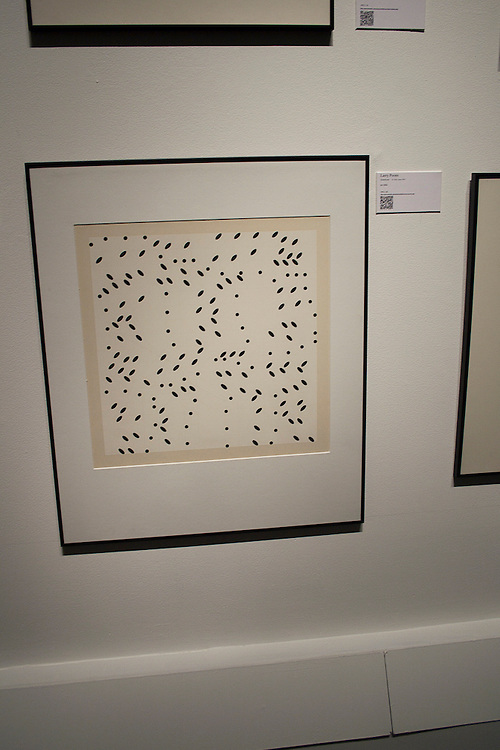