Campbell’s soup, Liz, Brillo box, Marilyn, Coca Cola, Mao: Andy Warhol was the fright-wigged ultimate cool guy, who shocked the art establishment and bewildered the public by celebrating the vulgar and vibrant consumerism of mid-20th century America. Beginning as a successful commercial illustrator, Warhol embarked on a career as a fine artist, and in the process he revolutionized ideas about what art is and how it is made. He quickly eliminated drawing and painting from his practice and focused on images copied from mass media publications, which were photographically enlarged and screened onto canvas or paper. Appropriately, he called his studio The Factory.

“Birmingham Race Riot” is part of Warhol’s death and disasters series, which includes news photos of plane and car crashes, mushroom clouds, executions and street battles. Presented in the same way as soup cans and celebrity stills, these scenes, however disturbing the stories behind them, project a similar lack of emotional resonance. Warhol emphasized the flattening effect of mass media by sometimes multiplying images as wallpaper. Hundreds of race riots, electric chairs, grieving Jackies or glowing Marilyns create equally attractive and meaningless patterns. 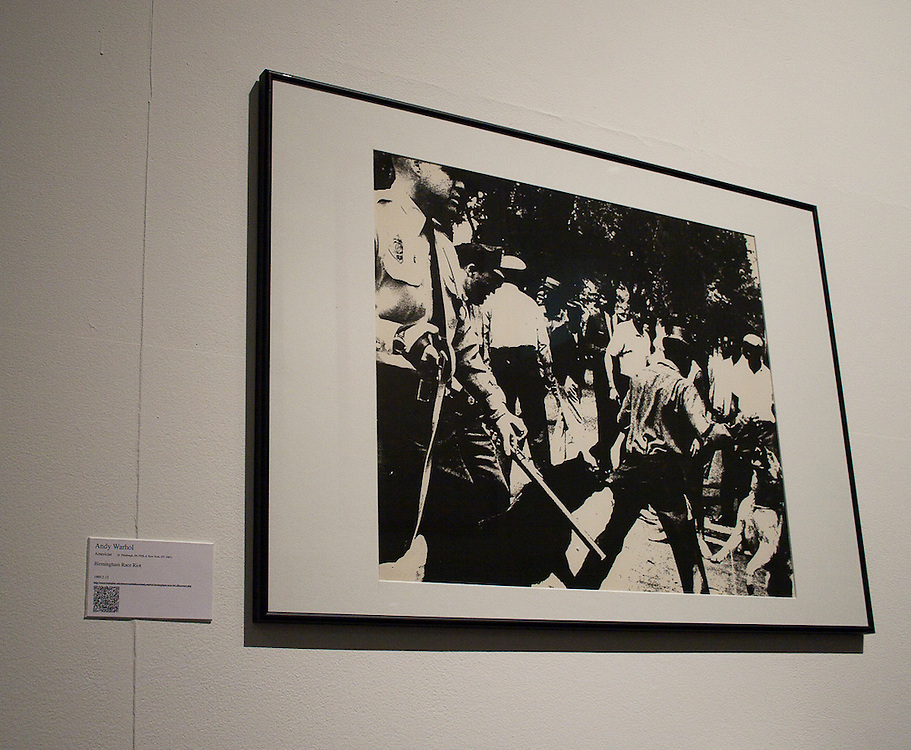