In the late 1970s, Circle Press Studio was commissioned to print another Shakespeare production. King chose Anthony and Cleopatra, describing it as “like a film” given the back and forth scene changes from Egypt to Rome. He selected bright colors, such as blood red, to indicate sudden shifts in mood and to predict the devastating end to the story. Cut-out kites represent the characters as they are drawn through the turbulent and tragic plot. King was never fully satisfied with Anthony and Cleopatra, and he sometimes cited it as the reason other creative projects were left unfinished. 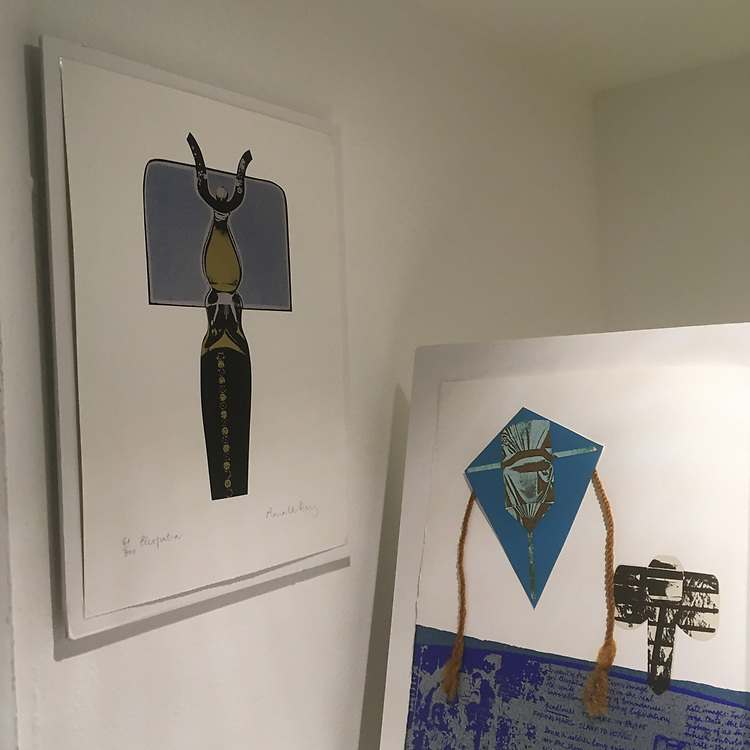